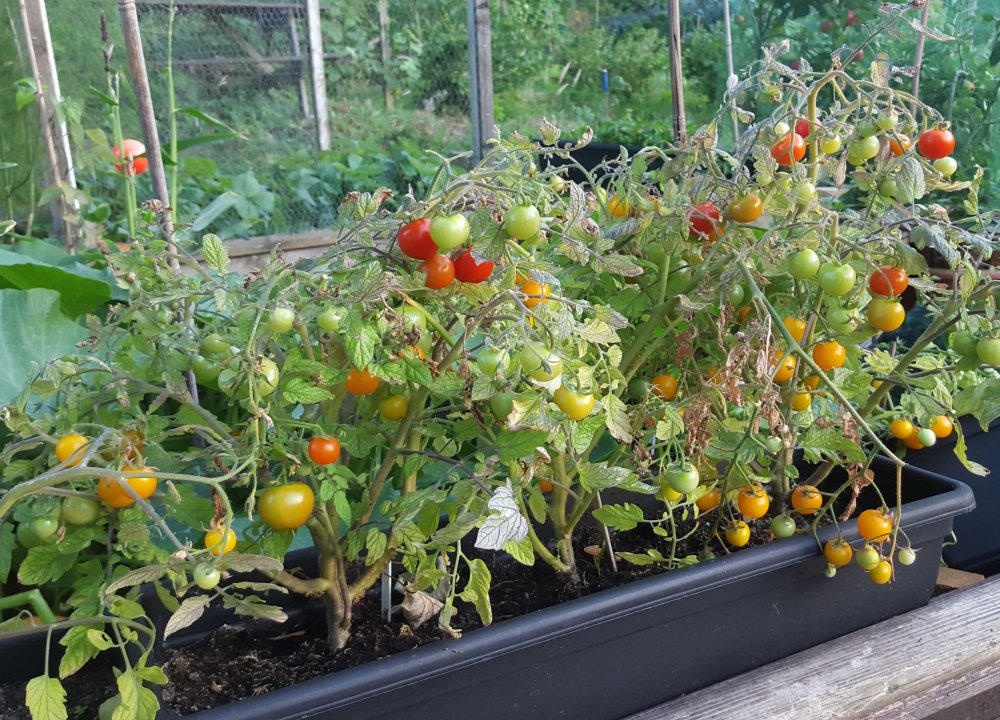 After the dreary recognition that 70% of my tomatoes had been lost to blight I found myself looking for plus points.

Yay! Good, old fashioned, bog-standard Tumbling Tom has come to the rescue. So far none of the window boxes I planted up with Tumbling Tom have succumbed and they’re producing in profusion.

To be brutally honest, the red variety is pretty ordinary. It looks okay but tastes bland. I’ll be looking to change that one next year, but the Tumbling Tom Yellow has a lovely, sweet flavour, seems to be blight-resistant and crops heavily. I’ll be sticking with that one.

I think I filled the boxes too densely – next year I’ll cut the three-per-box I planted this season down to two or even one plant per container. I’d also fix the boxes to their moorings, as they tend to topple over in strong winds but other than that the idea of having window boxes along the sides of the raised beds has worked well.

So – what to do with all these gorgeous cherry toms? Well, given I have a nice crop of garlic, the basil is in season and I made bread yesterday, I’ve been making bruschetta, to the method I researched for the Telegraph last year. In the late evening sun, I could almost be on a balcony in Tuscany… 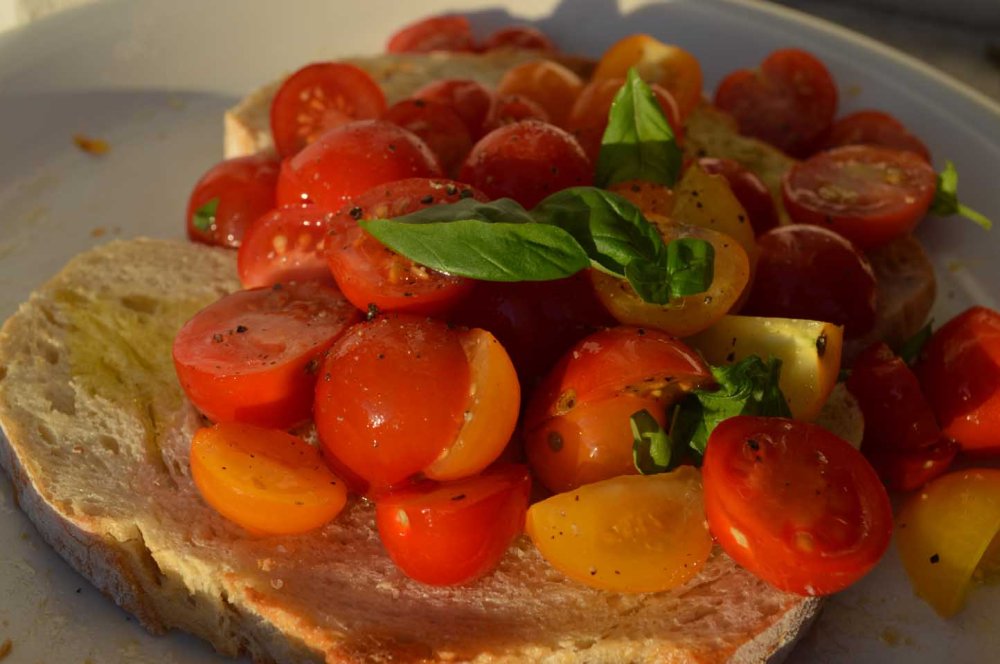