There are few things to sadden a gardener’s heart more than the sight of this:

Every year I know I’m taking a risk with outdoor tomatoes, but I don’t have a greenhouse and if I want toms at all I have to at least try.

For the past two years I’ve been growing Ferline F1 which is blight-resistant, and crops well, but its flavour is, frankly, average, and this year I decided to take a chance and trial 9 other varieties, only one of which is classed as blight resistant.

I couldn’t have picked a worse year. As I watched the torrential rain of April, May and June, I knew in my heart my babies couldn’t come to term but still I hoped. They grew big and strong, and with heavy potential crops.

It wasn’t to be. First signs were, predictably, on Gardener’s Delight. Why, oh why, did I even try that one?  It’s notorious for blight. 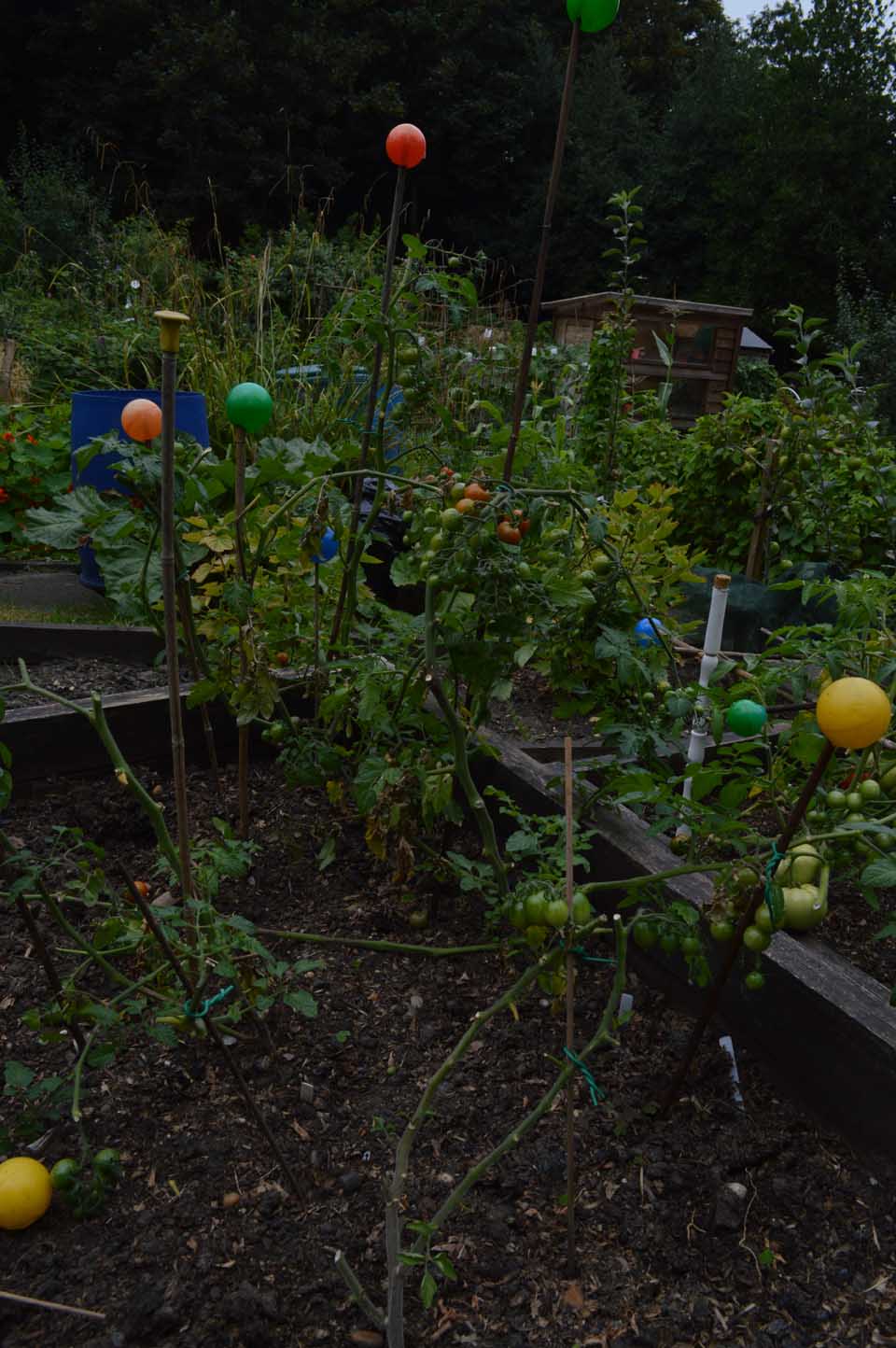 The plot went into a state of emergency. I stripped out every single plant that had signs of blight and disposed of everything – roots, soil, the lot. Then I stripped the leaves off anything remaining and propped them up as much as I could to allow even better airflow.

The International Kidney potatoes are safely harvested but the Charlottes remain in the ground, so they were stripped too, with just a few inches of stalk above ground to indicate where the spuds are.

As I write I have just the tumbling toms, TomTatos and one Red Bodyguard left.

Oh – and the star of the show – all three Crimson Crush tomatoes are doing incredibly well, cropping heavily and with enormous fruit. I’ve had one and it tasted pretty decent, but I’m reserving judgement until they are properly ripe. Sadly the Crimson Cherry, despite its being grafted, has not produced a single flower or fruit.

Naturally, I saved all the green tomatoes that hadn’t been affected. Well, you know what they say – when life sends you blight, make chutney…