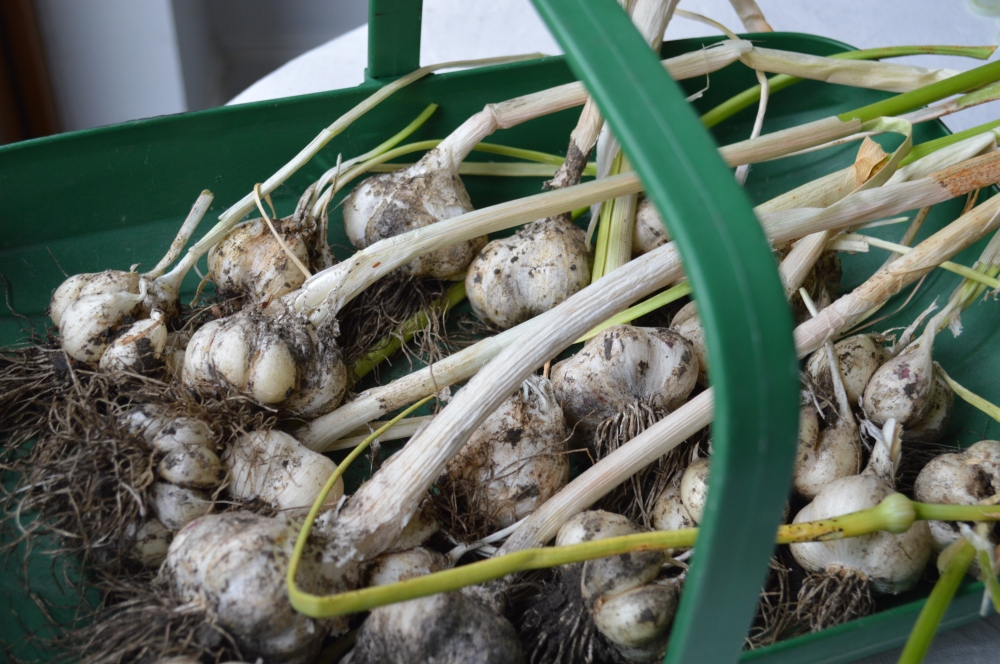 I always plant my maincrop garlic in late September to overwinter. I’ve been growing the same variety for years – I have no idea what it is, but I understand garlic slowly adjusts itself to the soil its in, so I always save a few bulbs for planting and the crops do get better each year.

A couple of days ago, though, I went to my garlic store (sounds very posh; it’s actually a cardboard box in a dark corridor) and discovered the last of my hardneck garlic had really had it as far as cooking is concerned.

It had sprouted beautifully and I thought ‘what a shame it’s not in the ground.’ I then thought – why not put it in the ground and see what happens?

I didn’t want to give over any of my precious allotment space though – every inch of it is already spoken for – so I am trialling it in pots, with different spacings, from singly to about six inches apart.

I read that you can keep cutting back the green top to make it grow faster. I’m a bit suspicious about that, so I’ll do a combination of cutting-back and leaving shoots to grow. I’ll be reporting back from time to time.

I’ve been reading conflicting advice on late garlic. Some suggest you just let it grow, others tell you to keep snipping off the leaves to make it bulk up.

I’ve dedicated  one ‘control’ pot, which I’m letting send up as many leaves as it likes:

The other will be snipped. Annoyingly nowhere says if the snipping should be full ‘Chelsea chop’ style or just the middle growing bits, so again, I’ve done some of each. Actually, come to think of it, that IS Chelsea chop… 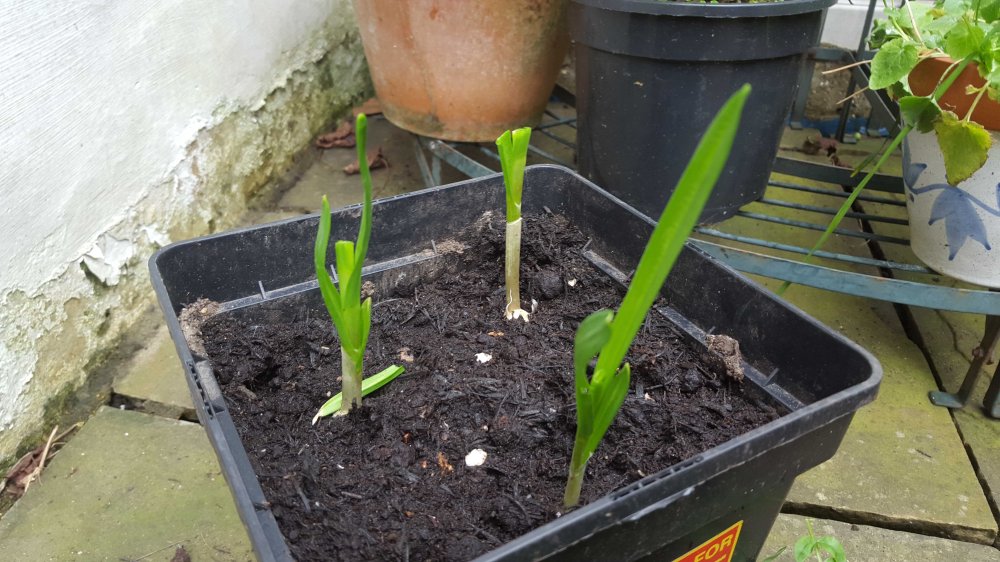 Let’s see. I’m  curious on many levels, not least that these bulbs have not had a period of cold, which is needed to split it into cloves. Hey – I’m losing nothing but a little time and compost…

Yesterday, I dug them up.

Now, I have to confess something. I was so disgusted by the bead-sized ‘bulbs’ from the cut-topped garlics I actually failed to take any photos – but take it from me – spring onions would have been ashamed.

The other batch, though, is actually pretty respectable. Given they’ve had just over two months to grow, I have got a crop. It’s not what I’d call an event,  and it looks as though there are not segmented bulbs but one large clove in each but it’s  – what – five meals’ worth of home-grown garlic from something that would otherwise have been composted? –  and an experiment marked ‘done.’