Just how different is Europe? I have a sneaky suspicion that in one way, at least, not at all, but I am running an experiment to find out…

I have one bed remaining that is really not pulling its weight. It’s the only main bed that isn’t terraced, though it is, at least, raised. 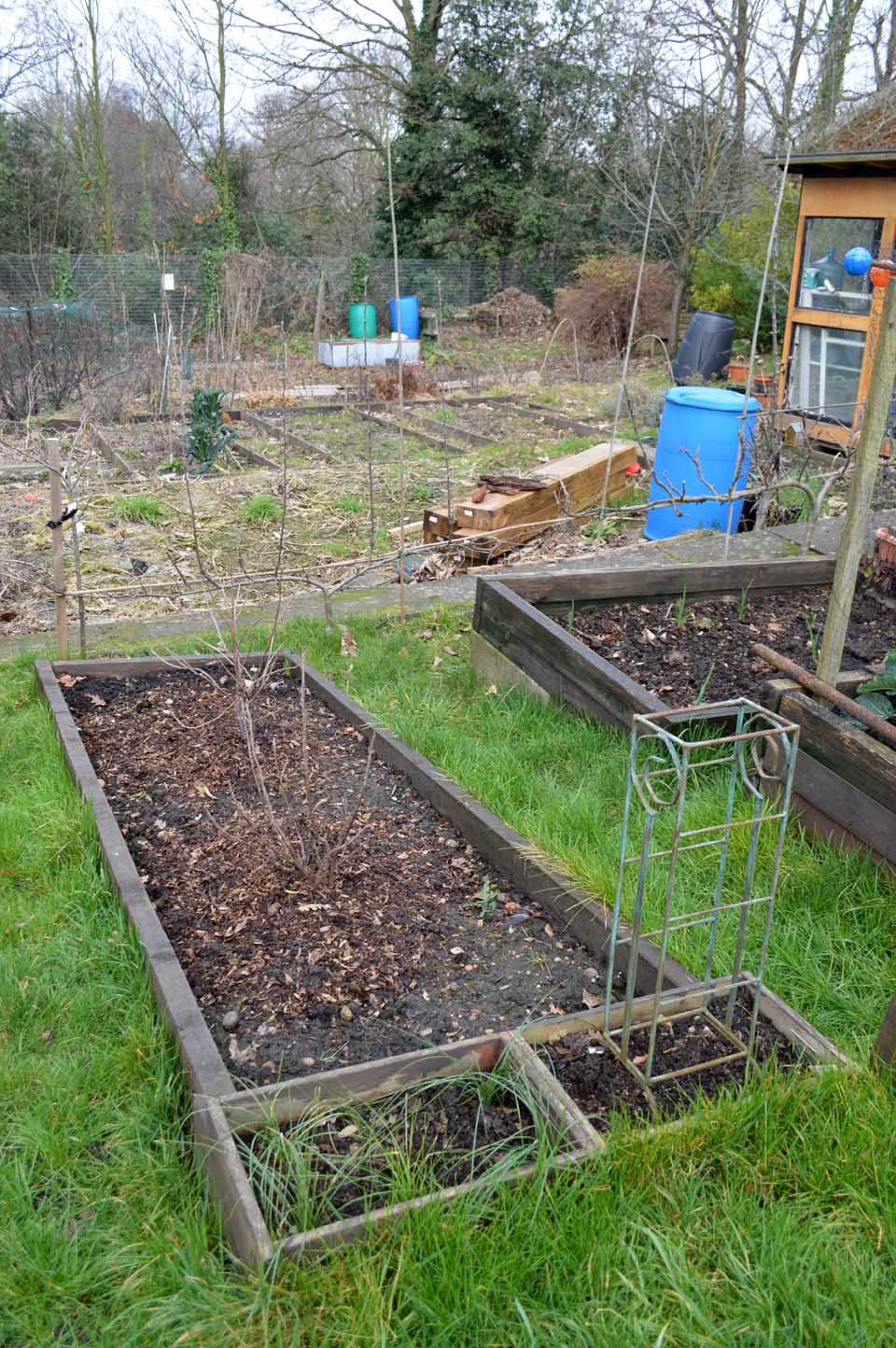 It contains two slightly manky redcurrants. I bought them four years ago – both Rovada which, if the catalogues are to be believed, should have hit the size of a small pantechnicon by now.

Now, admittedly, I put them in a stupid place to start with, under a tree in poor ground, and they did nothing more than stay alive. So I moved them. Gave them a bed of their very own, with a good square metre of space each, lots of lovely manure and proper pruning.

For two years they have continued to sulk – the picture above was taken before any kind of pruning – that’s a whole year’s growth. I’m beginning to lose patience with two square metres of bare soil for NO return when my allotment’s so small. A third one, an unnamed cheapie from a pound shop, that went into a pot did better.

So Rovada is in probation. If the grumpy pair don’t buck up their ways this year, they’re coming out for some raspberries. In the meanwhile I’m planting some wild strawberries around the edge, so I can at least get some crop.

I’m not sure there is much difference between varieties of wild strawberry, but I’m trying two different sources. One is my back garden, where they grow like weeds, the other is from Quedlinburg in former East Germany – I’ll talk about that place another day – it’s worth a post on its own.

They’re growing down two sides; let’s see if there’s any difference between British and European wild strawbs. I’m suspecting not…