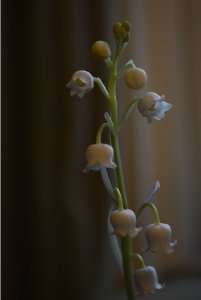 Such a harsh word. Pretty much any spring bulb grown indoors this time of year is ‘forced’ – hyacinths, crocuses, daffs – none of them really want to come out for Christmas, but they’ll show their faces, not too grudgingly, if they’re treated nicely.

I first came across the idea of forcing Lily of the Valley on the seminal BBC series Victorian Kitchen Garden. Running out of things to dig in his somewhat melancholy, year-long experiment to bring back walled gardens in the indifferent 1980s (that particular experiment blossomed just a few short seasons before dying back again but birthed a whole movement we still enjoy today) Harry Dodson turned his attention to  celebrations. He forced lily of the valley for a centrepiece and a corsage for the lady of the manor to wear at her new year ball. Dreams of fragrant May flowers adorning one’s ample monobosom at New Year has enchanted this doughty Edwardian matron ever since. This season I figured was the time to actually try it.

I started early, when the chaps at Thompson and Morgan sent me half a dozen pips in March. I planted them in a boring black pot in the back garden, meaning to plant them into something better later. I got leaves but not flowers.

They died back in the autumn and, oops, I forgot about them until late November. I was surprised by the size of the root system – very thick and heavy – and decided, for this year, to keep them in the boring pot so as not to damage the bulbs. They were already well watered so I brought them into my study, covered them with a galvanised bucket and put them near a radiator.

If I’d wanted them for Christmas I probably should have started earlier, as there was nothing when I peeked on Christmas Eve, but by New Year’s Eve I finally lifted the lid on gangly white shoots. Over the next few days they turned delicate pale green and today, their delicate white bells are finally open. They smell heavenly.

Out of the seven pips planted, there are six shoots and only two have really come to flower, but it is such a gorgeous event I’m already planning for this year.

I shall put these chaps into the conservatory to cool down slowly after I’ve enjoyed them, then put them out for the summer. I’ll treat them as I do rhubarb and not force them again for several years, if at all. But I’ll buy a good bunch of new pips this year, plant them in a decent pot, tight together, and force them earlier – probably starting about mid-November. 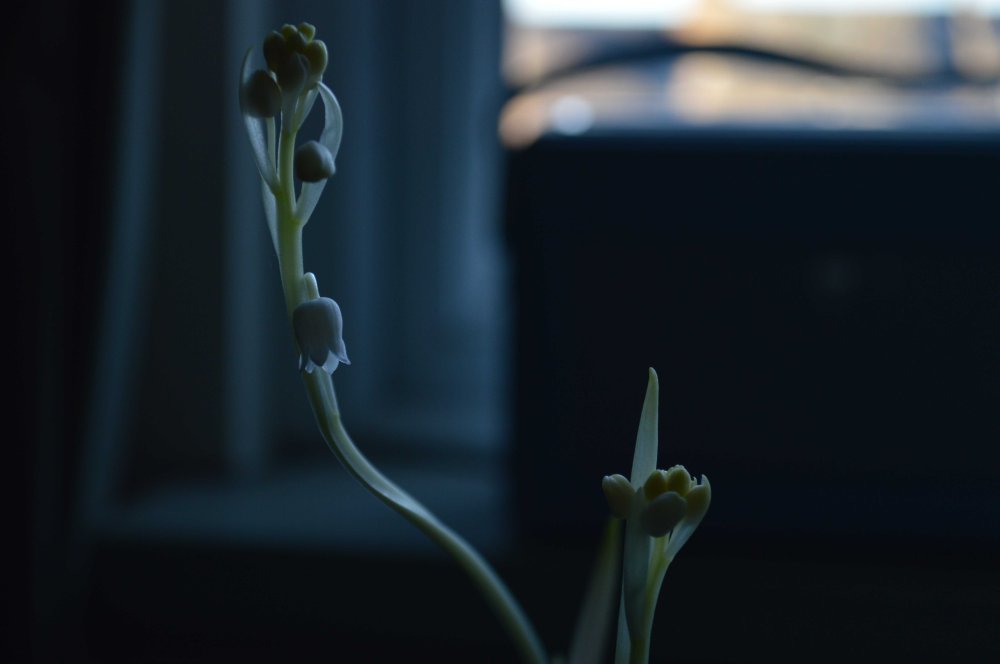 The frost is thick on the ground outside, but indoors it’s mid-May. A welcome event indeed.