I first went last year, where I met a fantastically knowledgeable chap called Paul who took me round the collection on a personal tour, where I chose the six new varieties I ordered last year (one will be arriving this year, as they’d run out in 2015). I had a fantastic time, got my father’s mystery apple tree identified (a Laxton Superb) and was keen to repeat the experience this year.

I also had my own mystery to solve – the ‘Egremont Russet‘ which, despite the label, was clearly anything but.

One of the problems of Brogdale’s Apple Festival is what to do first. I was in the queue for the apple ID when I realised there was a talk about grafting going on in the glasshouse. I snuck in the side and learned some very interesting snippets, including the clearest explanation I’ve ever heard about root stocks and a step-by-step demonstration of the cutting process. 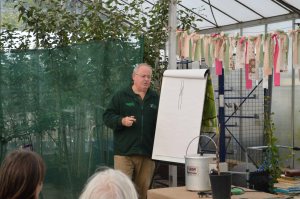 One of the curious things about apple growing is that everyone has their own ideas about it. I heard totally different advice both in the ID ‘clinic’ and on my walk – but hey – it all seems to point to the same basic thing – apples want to grow and even if you totally mess it up, it’s likely the apple will survive, as long as you leave a few leaves on it and don’t torch it to the ground.

I will, apparently, have to be brave with my lovely new trees and cut them down to about a foot above the ground to allow lots of fruiting spurs to develop over many years. Okaaaay… 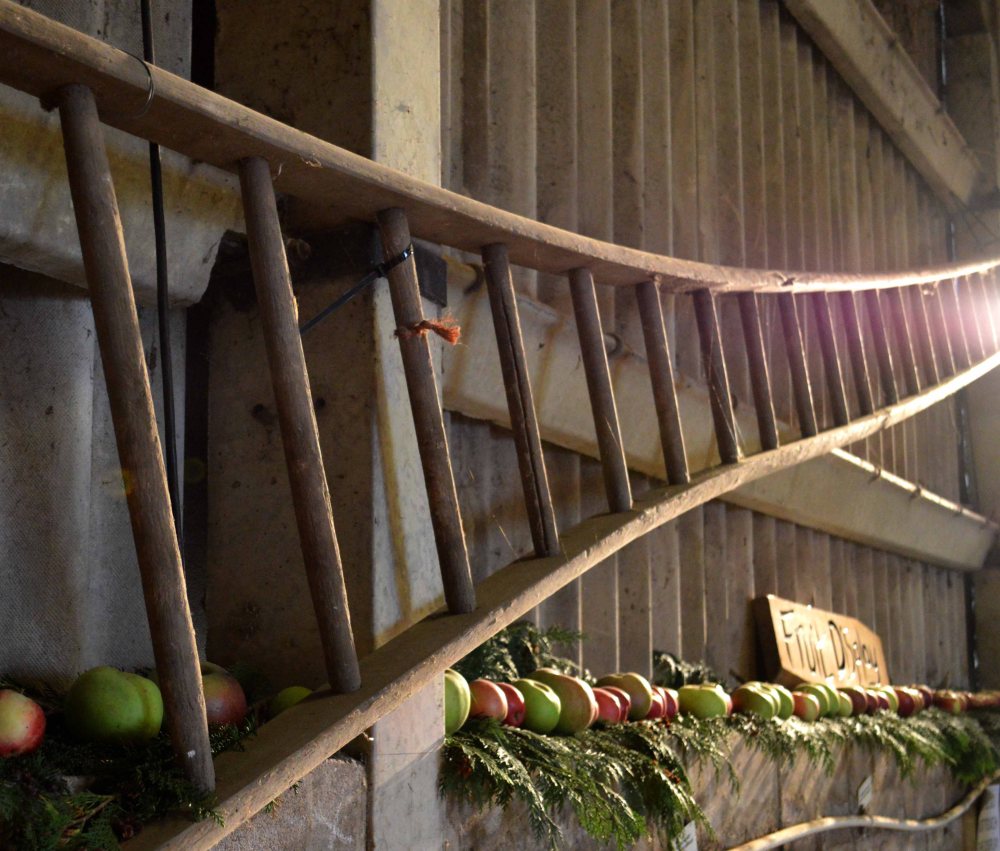 The apple barn is the ‘main event’ and this year there were over a thousand apples to inspect and admire. There were about forty different types of apple to try and buy. I did start noting down my choices as I popped them into my bag, but eventually I gave in and just bought a variety of varieties – it will be a lucky dip. 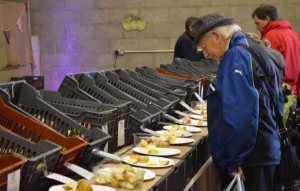 I know Holstein was in there crisp, bright and fresh, definitely an apple I’d consider growing.

I remembered last year, feeling like Dennis the Menace after a day’s scrumping and didn’t eat quite so much all at once. but you have to try everything, don’t you…

Next I wandered over to the cooking tent where I caught the end of a fascinating lecture by the excellent Rosie Makes Jam.

She urges people everywhere to teach people everywhere how to preserve food, and does her own bit with a fantastic blog, which I wholeheartedly recommend. I spent some time after the talk bending Rosie’s ear about the bits I’d missed and some dreary issues I’ve been having with fruit pastilles (don’t ask…)

I’ve never been on Brogdale’s tiny train, which is a shame as it looks great fun. Nor have I played in the giant play area or really paid too much attention to the music. I am sure I am the poorer for it. If I ever get so many apples I can take advantage of the pressing service, I’ll join the queue here.

I was determined to join a walk, though, not least to thank Paul for his sterling advice last year. I didn’t see him; he was out on another tour, but I did join Rosemary and, as luck would have it, I was the only person around so I got a second personal tour in two visits. Yay!

Rosemary showed me around the new plantings, that will eventually take the place of the second collection, now forty years old. It’s only four years old but already laden with fruit – in some cases overladen – putting my poor crop to shame. 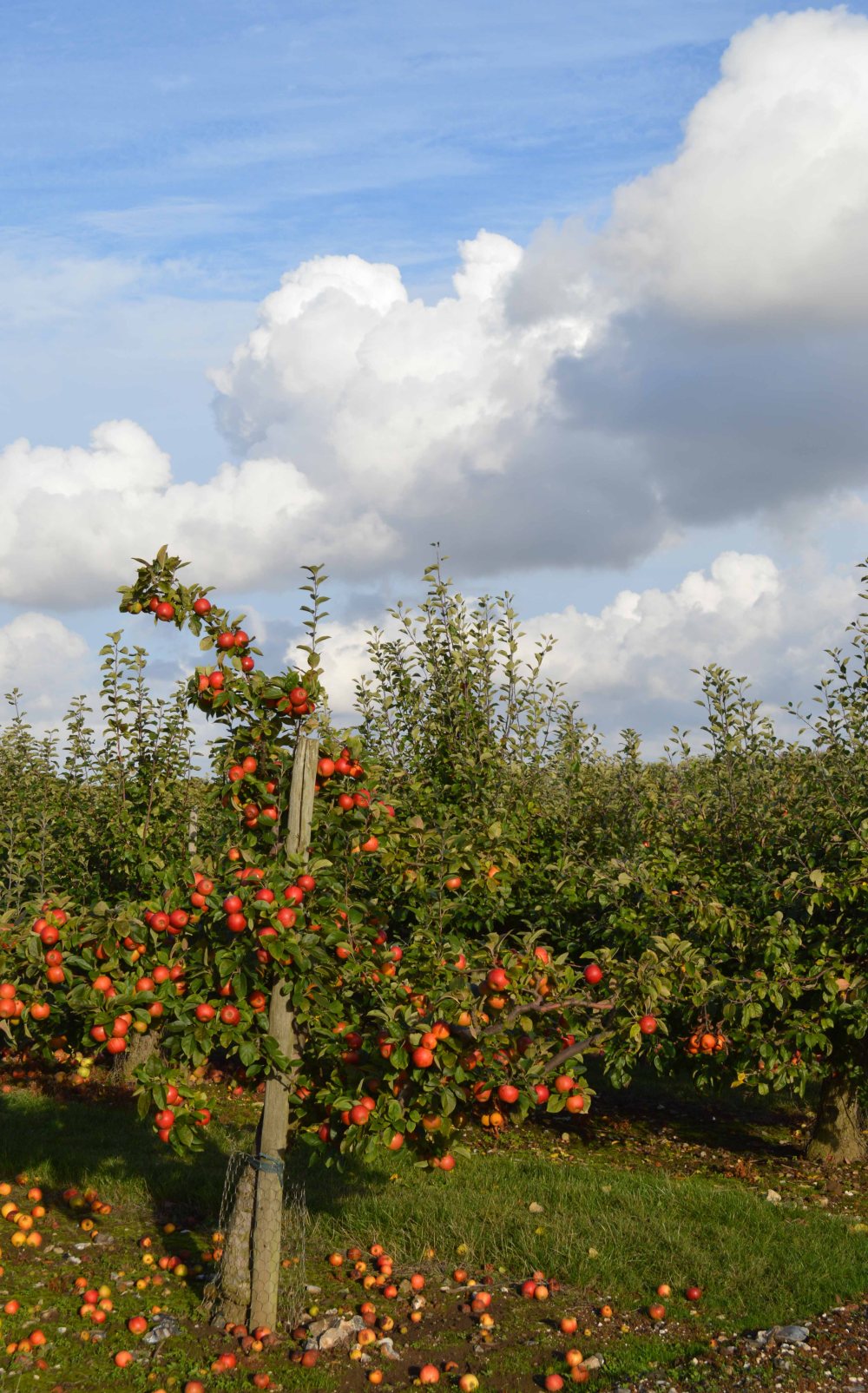 It’s made me really think about what I’m doing wrong. Part of it’s down to the location – I’m on a steep hill, on sand, so maybe the irrigation isn’t all it could be. But I’ve never fed the trees. I’ll give them a good mulch with manure this winter; see if I can’t up production a little.

Rosemary pointed out a little weather station, which takes readings at ‘apple level,’ to give the most accurate results to the scientists who work out of Brogdale.

She also showed me some other fruits – gages, plums, and, very interesting to me, the Meeches Prolific quince – I was glad to see theirs aren’t ripe yet either.

Here’s a curious thing – if a plum is named a water bird, chances are they were bred by famous Victorian plantsman Mr Rivers, and if it’s after a land bird, it’s probably by his contemporary, Mr Laxton. A possible rivalry, maybe? I will have to look into this. I love the idea of two warring fruit-growers naming each other to the death…

By this point I thought I’d better get my unknown apple identified. It took seconds for the experts to ID it – a dreary Golden Delicious.

I have three options:

I don’t have to decide now – it’s most definitely not the time of year to do anything. 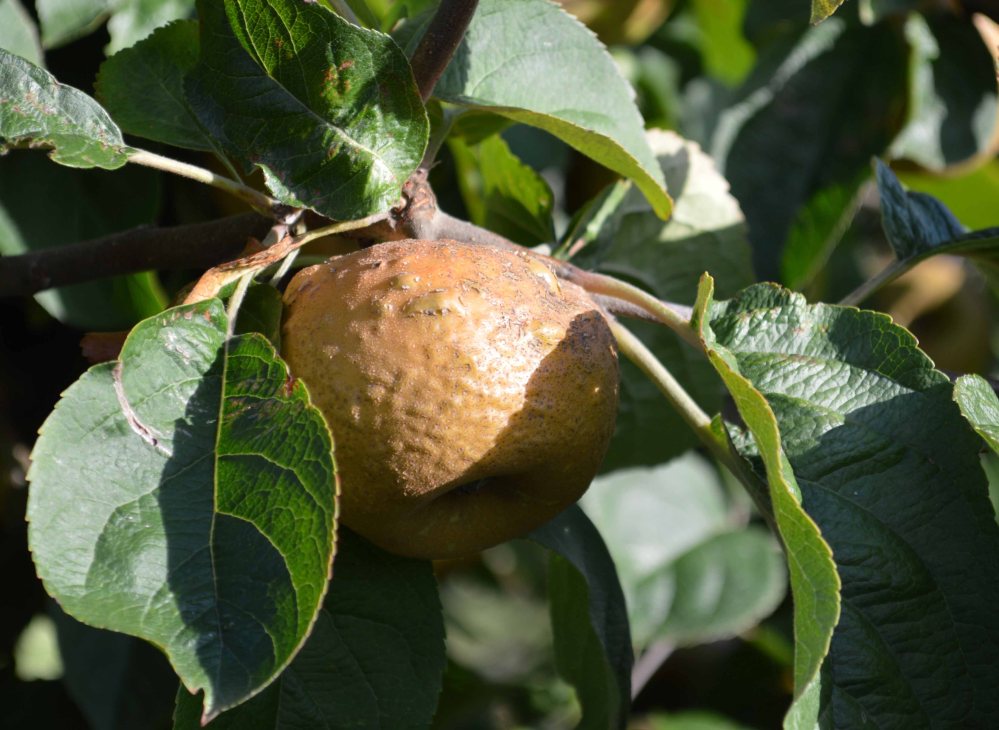 Not a looker, but it peels up just fine.

So, as last year, Brogdale’s National Apple Festival lived up to the hype. It’s great fun, you learn loads and if you’re anything like me you’ll come home with one identified apple and several bags of pick & mix apples that you might have known the name for at some point.