After last year’s successful batch of Crown Prince, which kept me in pumpkins through to May, I thought I’d branch out a little. I may have been a tad overkeen… 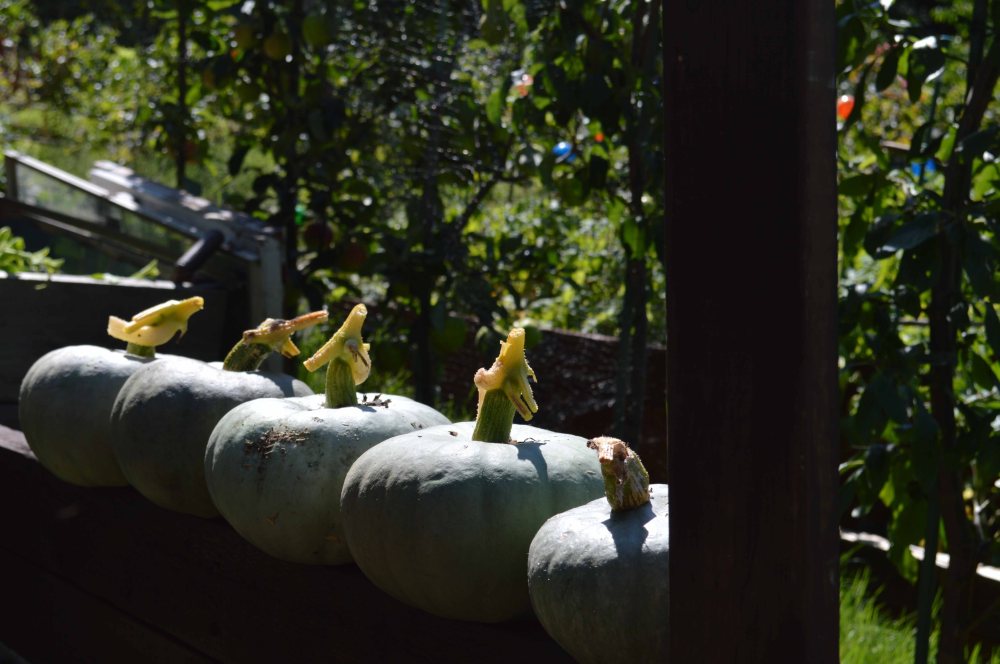 Of course I stuck with Crown Prince. It is probably the best pumpkin I’ve tasted and it’s not a ridiculous size. It makes fantastic soups without making too much at a time and I roasted the largest one for my annual Christmas Eve luncheon, cooked a la Nigella in Nigella Christmas. I liked it but have my own suggestions for making it a better texture this year; watch this space.

I wanted to try some other varieties too, though. Ever since I went to buy a giant, Cinderella-style pumpkin in Borough Market and was told it would cost £45, I’ve wanted to grow one, so I chose two different varieties that might give me that fantastic, segmented fairytale look. I didn’t want to compromise on taste, though, and after a lot of research, I decided on Rouge Vif de Temps, a bright orange variety and another French squash, Musque de Provence, nut-brown and segmented, and looking like it’s desperate to be turned into a magical coach.

I chose the Monster as the bed, dutifully added barrows-full of manure and popped them in with sweetcorn Ruby Queen and Violetta beans for that Three Sisters thing. When the garlic was finished in another bed, I popped the rest of the sweetcorn and a spare Crown Prince plant. 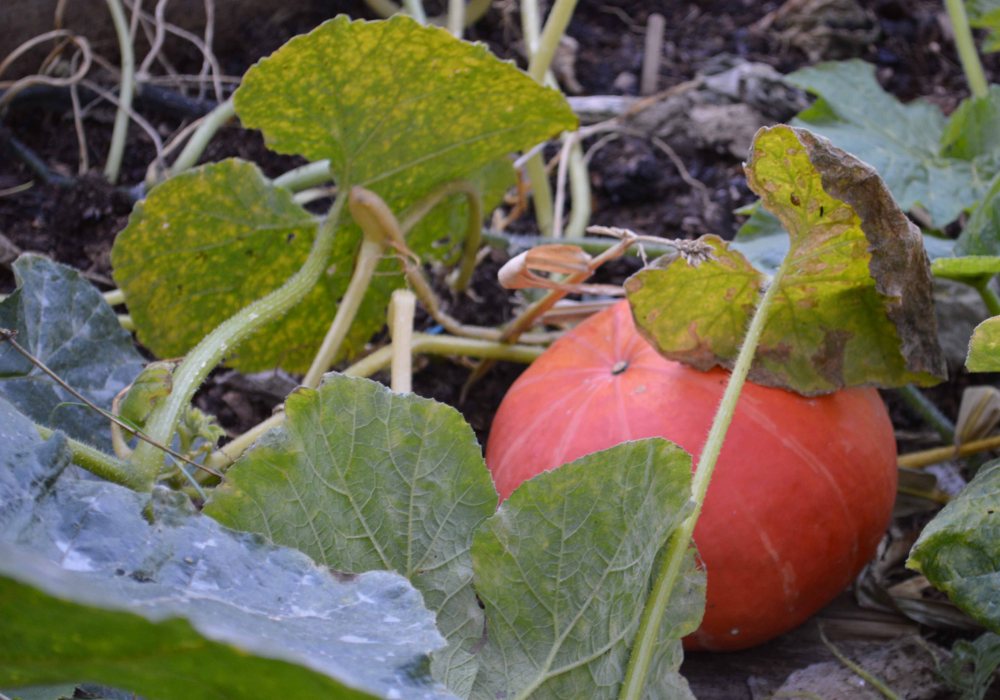 I don’t really know what went wrong. Perhaps I packed them in too closely; but it wasn’t that close and the sweetcorn, which failed spectacularly, was at the regular distance. In the ‘spare’ bed, both the sweetcorn and the pumpkins came to term (though the blimmin’ parakeets ate all the sweetcorn). I have no idea what the issue was.

In the monster, though, I got just two Rouge vif de Temps, one Musque de Provence and one Crown Prince – pathetic, given the size of the bed. To add insult to injury, my lovely plot neighbours who, having a one year-old, have hardly made it to the allotment at all this year, have been harvesting dozens of butternut squashes from their frankly (sorry guys!) overgrown plot. They very generously gave me one (I foisted part of my tomato glut on them in return…) 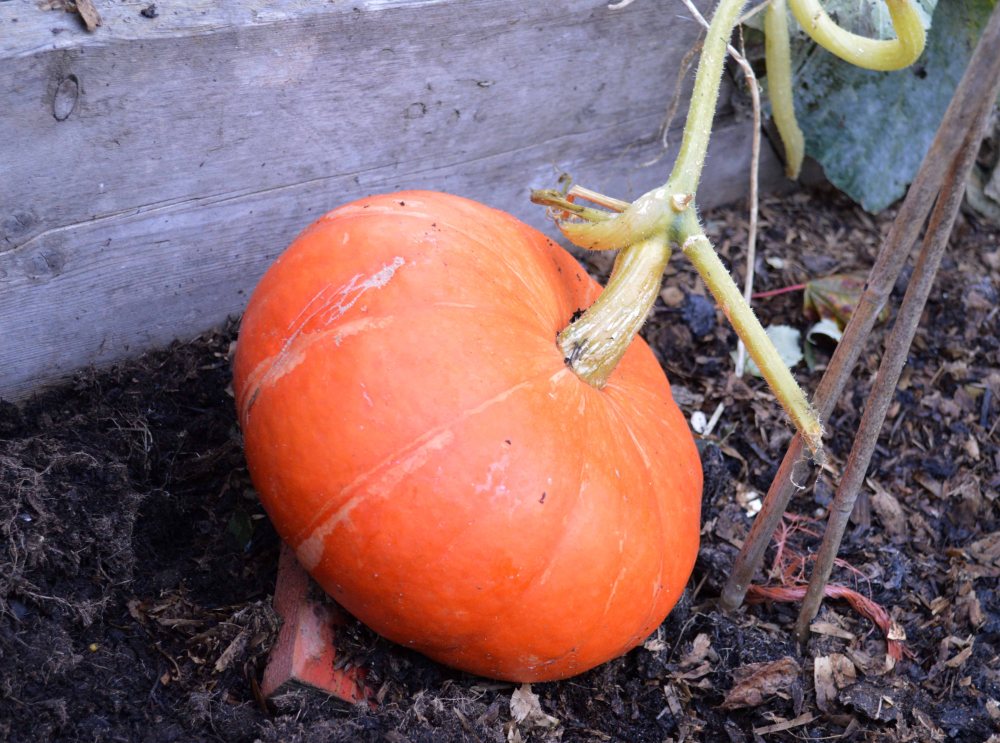 To make matters worse, I went to put a tile under the Musque de Provence, and snapped it off. I took it home – it was a good size and it’s currently curing, as best it can, in the garden. I can still use it, it just won’t be as sweet, and it will be hard to gauge what it really tastes like.

One of the things about gardening though, is living and learning. There’s always next year. I shall try the same three varieties again, not in the monster, and with different growing conditions. I’ll grow them further apart and maybe train them up a frame.

Hey -we can’t have success all the time and three decent size pumpkins plus a couple of okay ones isn’t too bad. Onwards and upwards…