Sir Francis Chichester’s Gipsy Moth IV may no longer be at Greenwich, but, as I discovered when harvesting my blackcurrants, the Gypsy Moth is alive and well…

It took a little while to work out what this hairy beast might be. He was chomping through my blackcurrant leaves at a rate of knots and there appeared only to be one of him. Knowing the spines on very hairy caterpillars can give you a nasty rash in the very least, I was careful not to touch – as you can see, my charming assistant is holding him on the end of a pair of secateurs.

He was moved to a non-crop area of the site and left to munch (hopefully) some of the horsetail/bindweed/alconet that grows freely there.

After peering at a lot of images online, I was 99% sure my little chap was a Gypsy Moth (Lymantria Dispar) and I was rather alarmed to see that DEFRA had begun an eradication venture a few years ago. Maybe I should have squashed him?

I took the precaution of contacting Ian at UK Moths for a second opinion. He told me “in Europe it can be a pest species in some parts, and there was a feeling that it might invade in such numbers here that it needed to be controlled.  I don’t believe that has happened, and there are a few colonies here and there but it hasn’t established itself as a pest species here.”

Apparently it DOES give you a nasty rash if you come into contact with the spines.

As to my question about whether I should have whopped him, Ian leaves it to my conscience. I guess it will depend on just how much of my greenery the little fella’s consumed by the next time I find him… 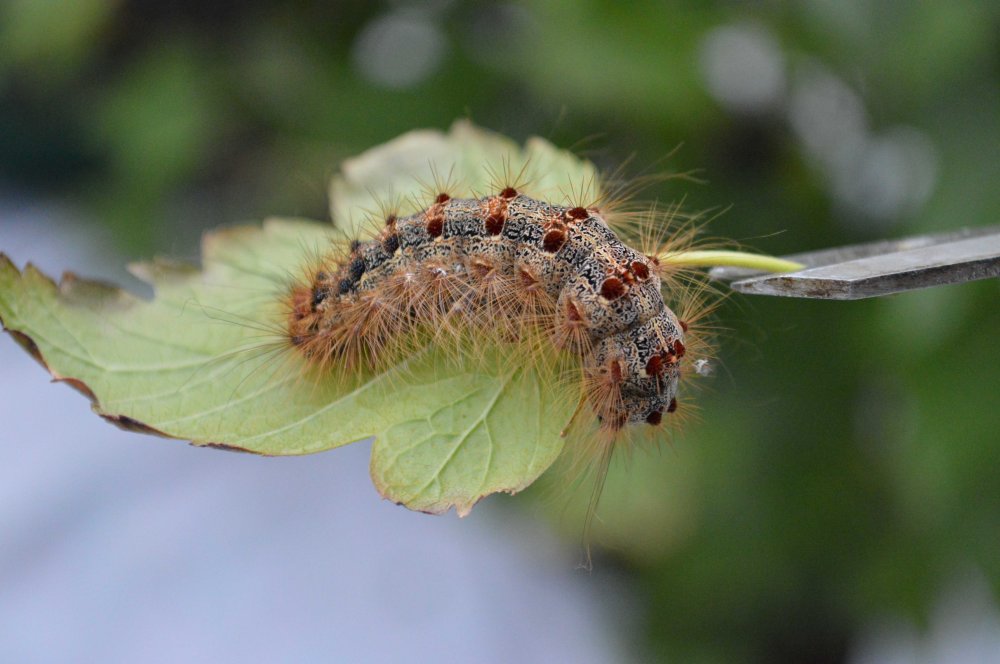