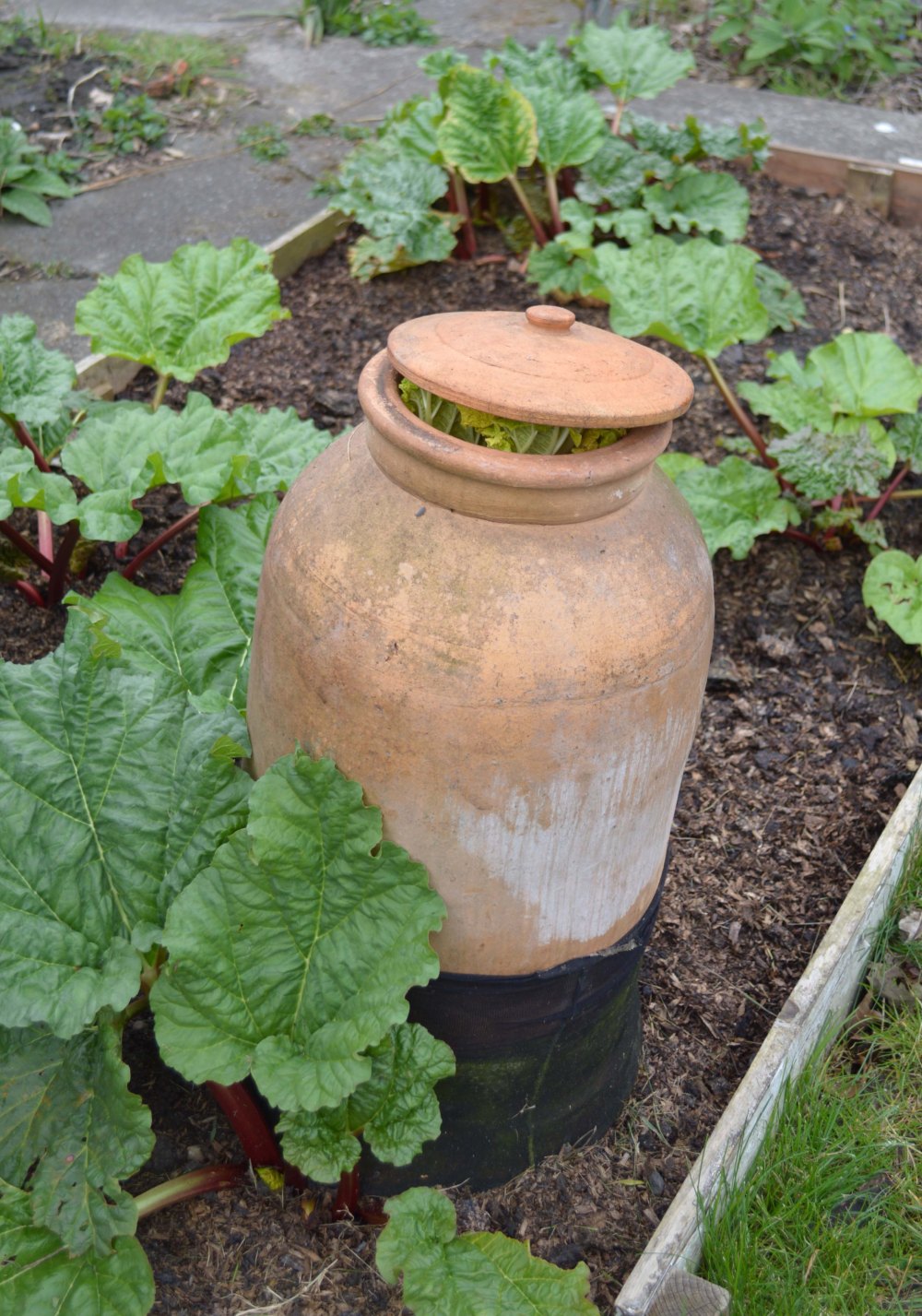 Both the upside and downside of seasonal produce is each crop’s end. There’s nothing better than going out with a really explosive firework of a haul and this year’s forced rhubarb has just rewarded me with truly exquisite last knockings.

It’s been a long season. I’ve been dipping into that forcing pot since the end of January, which is incredible for home-produced rhubarb, without the benefit of forcing sheds and candles. I’ve not had huge crops; just a few sticks here and there, but on dark days those bubblegum pink stems positively glow.

Yesterday, however, I realised the tide was turning. The rhubarb I’d forced was forcing itself out of the pot. It was time to set it free, take one last heavenly batch, and let it harden off with its dark green and red friends.

Off came the lid, off came the pot, and out came my greed. I didn’t take everything; I left a few stalks to start the next stage of the plant’s growth, but even so, 1.5kg of perfect sticks are something special.

The variety is Timperley Early. I grew the ‘heirloom variety’ (read ‘been around forever’) Victoria on my last plot, which I liked but sometimes felt it tasted a little coarse. I’m pretty happy with Timperley Early; it forces very well and, when it’s very young, really lives up to its ‘champagne rhubarb’ monkiker – it fizzes slightly on the tongue. I have four plants so if I force each one in turn, they all get three years off.

I made a crumble, put enough for another in the freezer, then created puree for fool and rhubarb ripple ice cream.

I’ll not touch the forced plant again this year, save to mulch it a bit with manure when it’s hardened off for a few days. I’ll crop the other three, then crop it lightly next year.