You never forget your first time.

Some events come easily. They’re a joy for their simplicity and flavour, yes, and I wouldn’t be without them. Others are hard-won, which means when you finally get to try them they are all the sweeter for it. 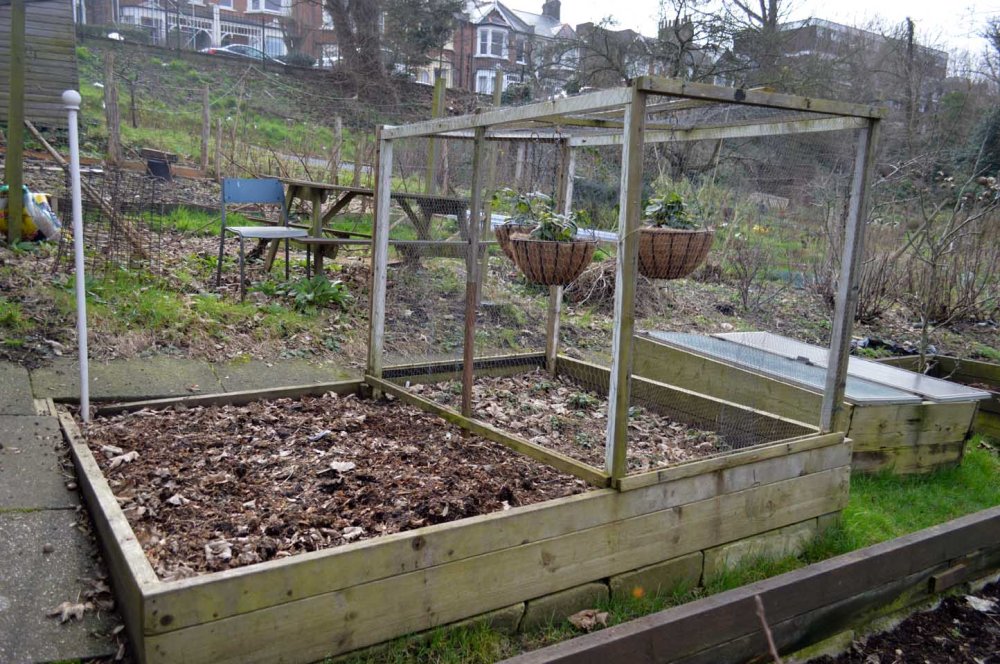 My journey to Asparagus Nirvana began in 2014, when my lovely allotment friend Paul and I built the first raised bed on my plot. We called it the Temple, because it was made out of paving stones and looked like it was foundations of a ruined palace at Ur.

Half of it we caged for strawberries, the rest was for asparagus.

Part of me wondered whether to bother with a crop that would be three years before I could take any of it at all, and even then only a little, but I was persuaded to give it a try and it’s frightening just how short that wait has turned out to be.

I chose two types: Pacific 2000, a sturdy green variety, and Stewart’s Purple, allegedly feebler, but with a better taste.

We manured with vigour, carefully dug those funny little pitched-roof trenches, gently lay the asparagus crown roots in their places and sat back for the world’s longest tea-break. 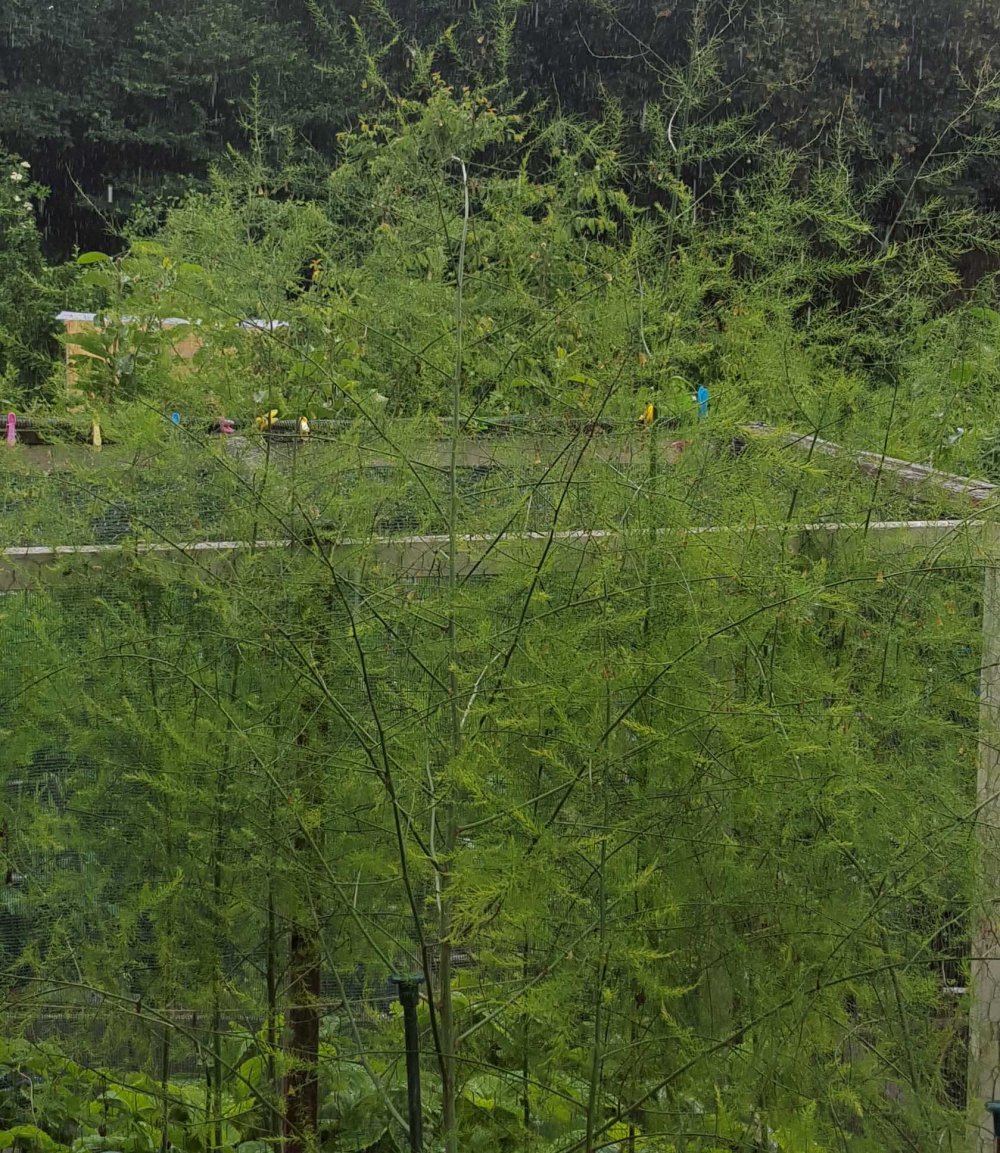 The first couple of years produced pretty green fronds and an awful lot of asparagus beetle. Going up to the plot to pick the blighters off and squish them became an evening chore every day after work, but it did seem to work – other asparagus on the site did succumb, but mine just about survived.

I was a little cross that many of mine seemed to be female plants when I thought I’d bought the stronger male versions, but what was I going to do? Send ’em back and start again? I’ll live with it, albeit remembering the nursery I bought them from and not going back… 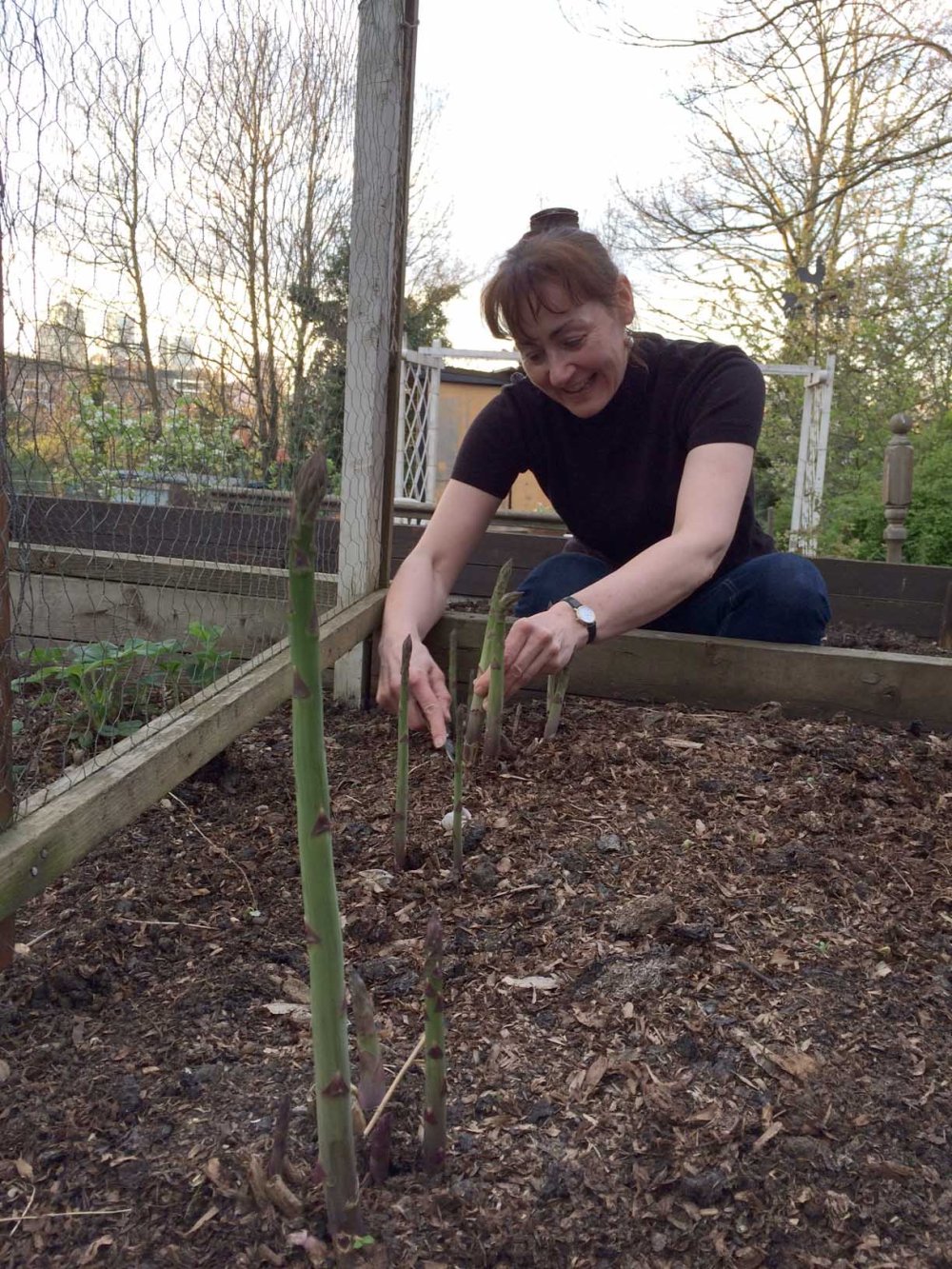 Then it came to 2nd April 2017. I invited four friends over for the experience. We all trooped up to the plot where I ceremonially cut five spears of Pacific 2000 – one each ( I can’t crop it too heavily this year so that will be the lot for that variety, we’ll do it again for Stewart’s Purple, the later of the two. )

We drank a glass of champagne while it steamed, then guzzled our single spears as a starter to a meal where we also enjoyed purple sprouting broccoli… 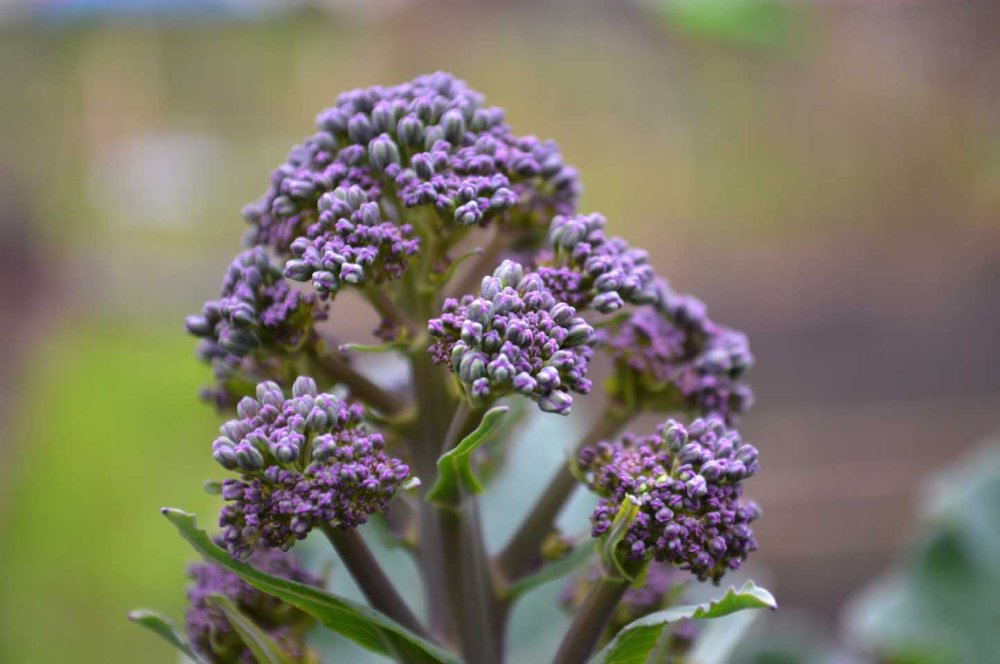 …the last of last year’s garlic…

…the last of the forced rhubarb…

…a bottle of my friend’s home made allotment wine from about eight years ago and the first home made ice cream of the season.

An event to be savoured, a memory to be treasured.  This is why I garden.