I have often written about my love for Warley Place, the once-famous garden of Edwardian plantswoman Ellen Willmott. The Essex garden, visited by royalty and bigwigs of the gardening world, was lost before the second world war, but was rescued in the nick of time and is now maintained by volunteers as a stunningly gorgeous wildlife sanctuary. 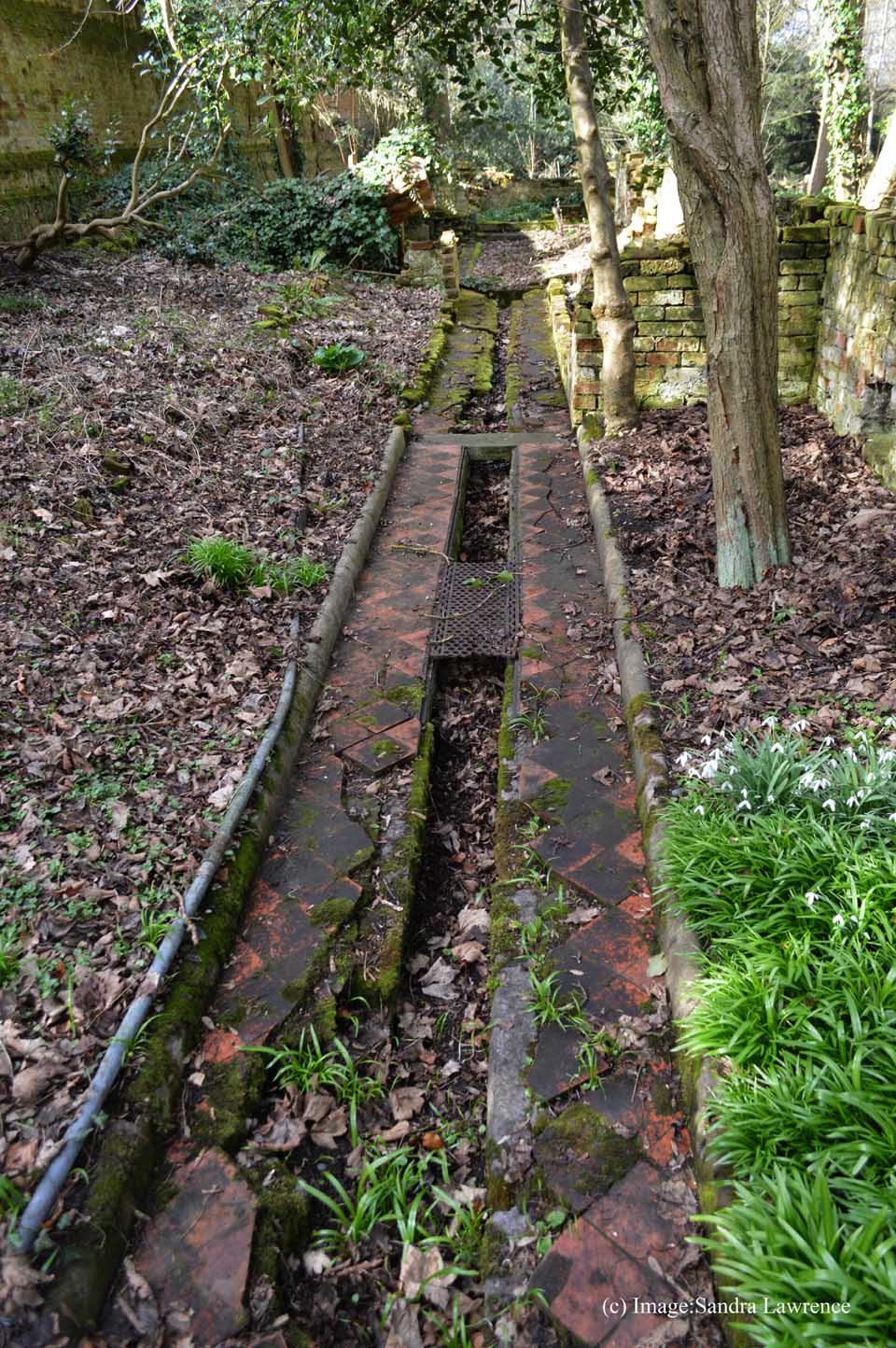 I visit Warley regularly with my dad and sister, not least because it’s a place to remember my much-missed mum, but also because every month brings something new. I thought it would be nice to log a year of changes in my favourite lost garden. 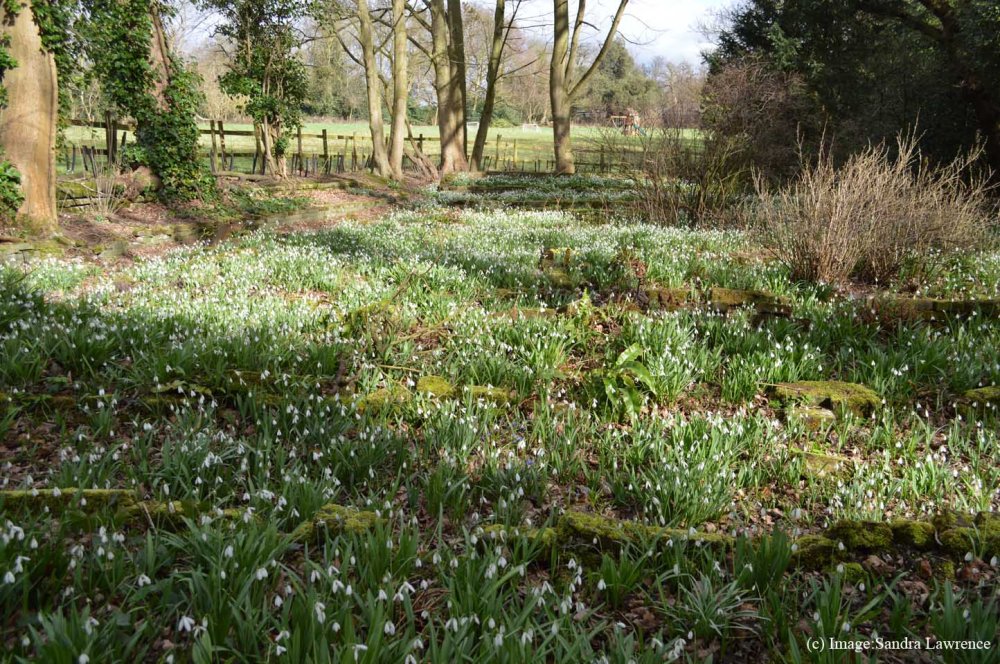 February and early March bring a blanket of snowdrops of many varieties. Ellen Willmott collected unusual varieties and many have self-seeded and even cross-pollinated. Together with  a carpet of crocuses they cover what was, just a couple of weeks ago, bare ground.

Most of Ellen Willmott’s incredible garden layout is hidden under more than 70 years of undergrowth, but volunteers meet every Monday to manage the place. Every week brings a new discovery – either the remains of the ruined house, or of the planting system. This was a sunken garden.

And this was the old basement kitchen. When I first started coming here they didn’t even know it existed, but volunteers have dug it out so we can see what used to be there.

The hothouses haven’t fared very well, but, believe it or not, one of the long ponds inside, still exists, though it’s hard for visitors to see. 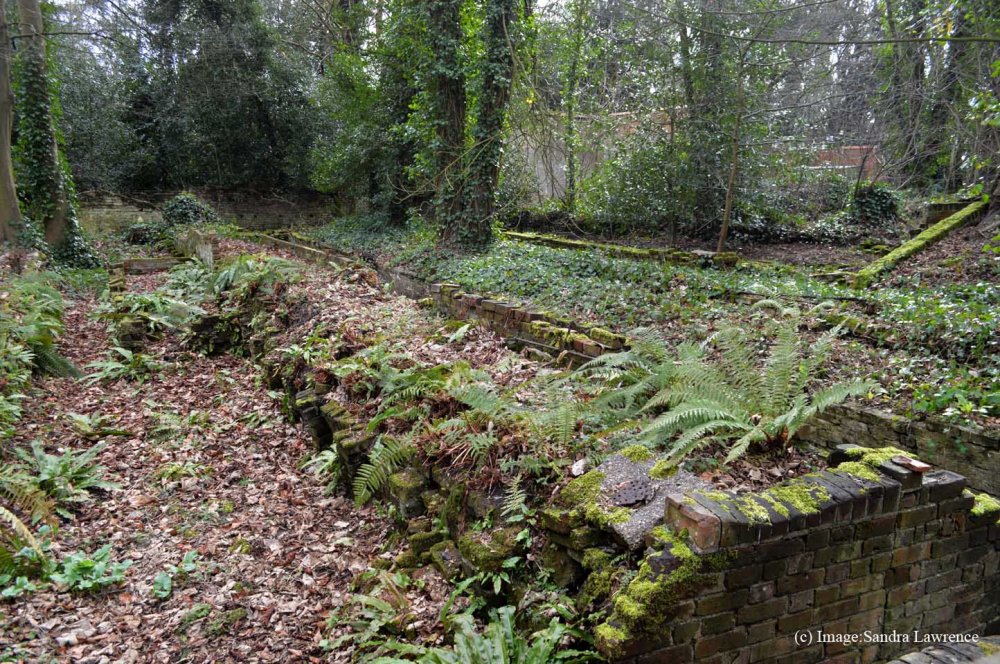 Miss Willmott’s walled garden still sort of exists. She’d be pretty upset to see what’s happened to her immaculate box hedging but this is a serious improvement on what they were even a couple of years ago.

After a wall collapse, volunteers have made a really neat ‘window into the garden, so you can see the Chusan palm among the native wild flowers. 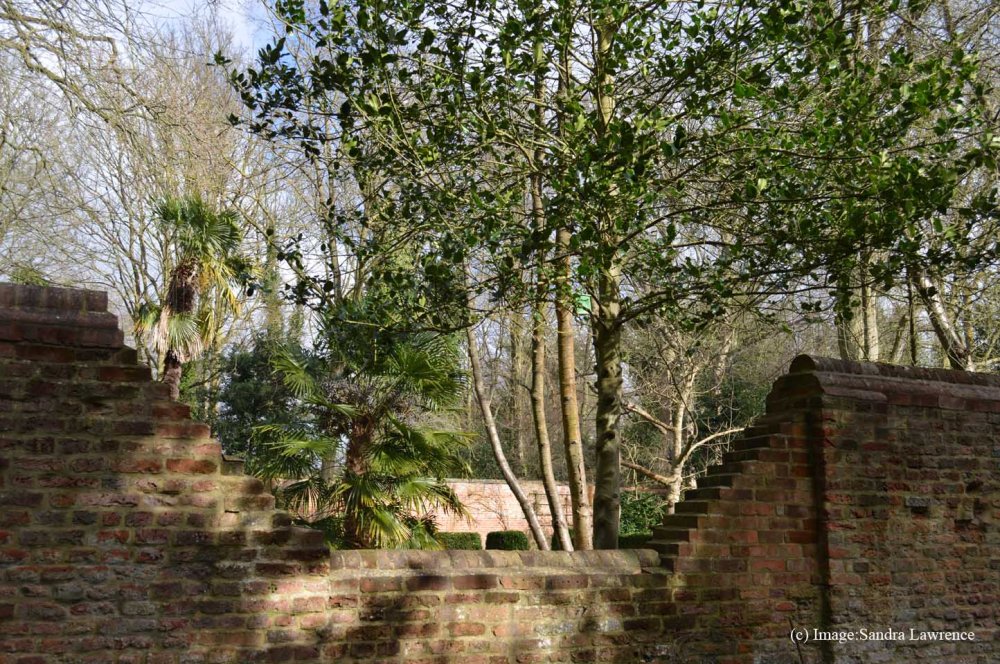 This group of ancient chestnuts look out over London. They are one of my favourite parts of Warley

From this point the once-formal gardens become really steep. In a few weeks’ time this will be a carpet of daffodils.

There are a few yellow heralds already: 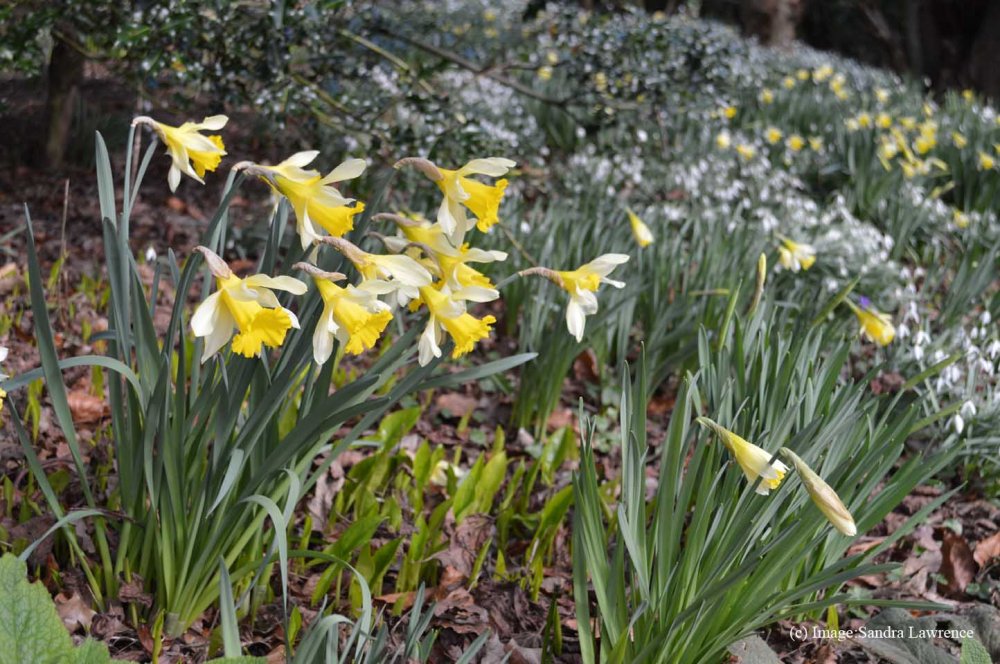 The volunteers are discovering bits of the old pebble paths all the time.

Miss Willmott’s boating pond was vast, but until last year, was totally overgrown. Volunteers have worked like crazy to remove weed sycamores, revealing its edges, the iron rungs of the old boathouse and the original steps, which have turned out to be made of milestones to Chester! 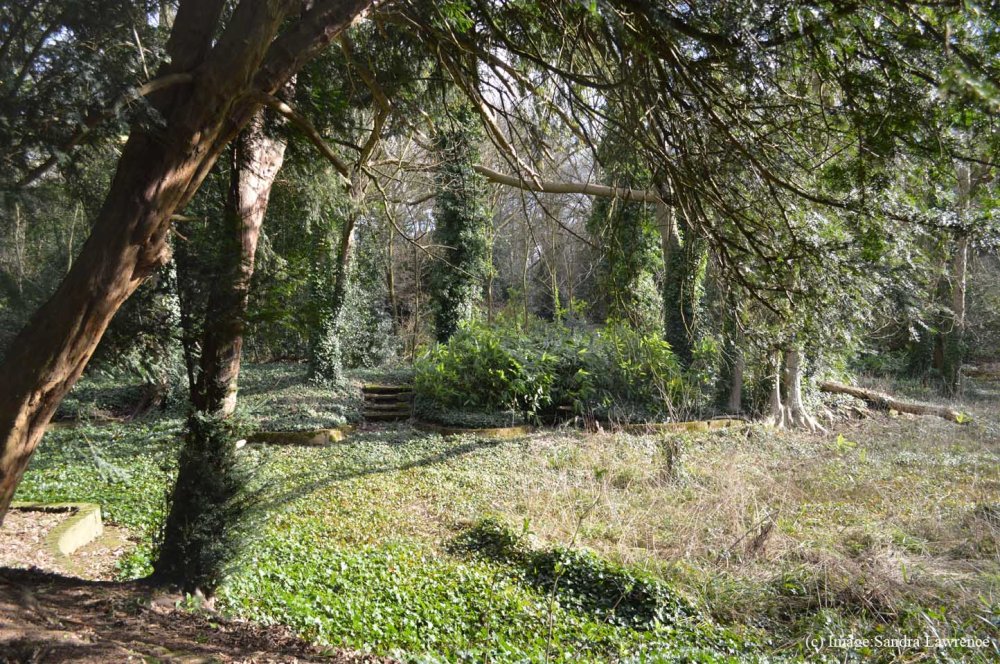 Back up the hill, and Miss Willmott, in her wisdom (and newfound wealth; see the article I did for the Telegraph) decided to import gigantic rocks to make a fake gorge, complete with cascading ‘mountain stream’, passing a filmy fern house and gushing into the lake. The fern house is long-gone, with just a few cast-iron rods remaining, but the rocks remain and huge amounts of work have revealed the path taken by the mountain stream down to one of Warley’s several lakes:

You can occasionally get surprising views of the ruined house. There’s very little left, and I find this conservatory rather sad.

It would have looked out onto the giant turning circle in the front of the house, and it’s where Miss Willmott spent her last, lonely days, her money spent, her garden ruined.

There’s no doubt about it; she’d hate what Warley has become, and of course I’d have paid good money to see the once-formal garden at its Edwardian height. But it has evolved to something altogether different and altogether beautiful, marching to Nature’s drum rather than the will of a somewhat autocratic, albeit extraordinary woman.

As the months go by, the garden waxes and wanes, and for me it is a metaphor for our own place on the planet. We can tame nature for a while, but it will always return and always be more beautiful than you can imagine. Next month will see the arrival of Warley’s most famous product: daffodils.

Warley Place is in Brentwood Essex, and is managed by the Essex Wildlife Trust. It is open every day during daylight hours, but do remember this is a wildlife sanctuary so there are no dogs allowed.