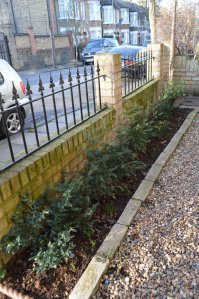 My front garden’s going through a bit of an ugly duckling phase at the moment. Last year I took out a bunch of really ghastly, mildew-infested drudge-shrubs. They did not want to go. My muscles are still aching from the toughness of the roots.

I replaced them with a row of yews, under-planted with tête-a-tête daffodils that came spectacularly cheaply from a pound-shop sale. In time the yews will, I am determined, become a terrifying sea monster to strike fear into the primary school kids opposite (tee-hee) but for the moment they are, frankly, sulking.

At the last minute, though, I decided not to plant-up the yew-hole closest to the path. Instead I carefully planted a small sarcococca confusia. 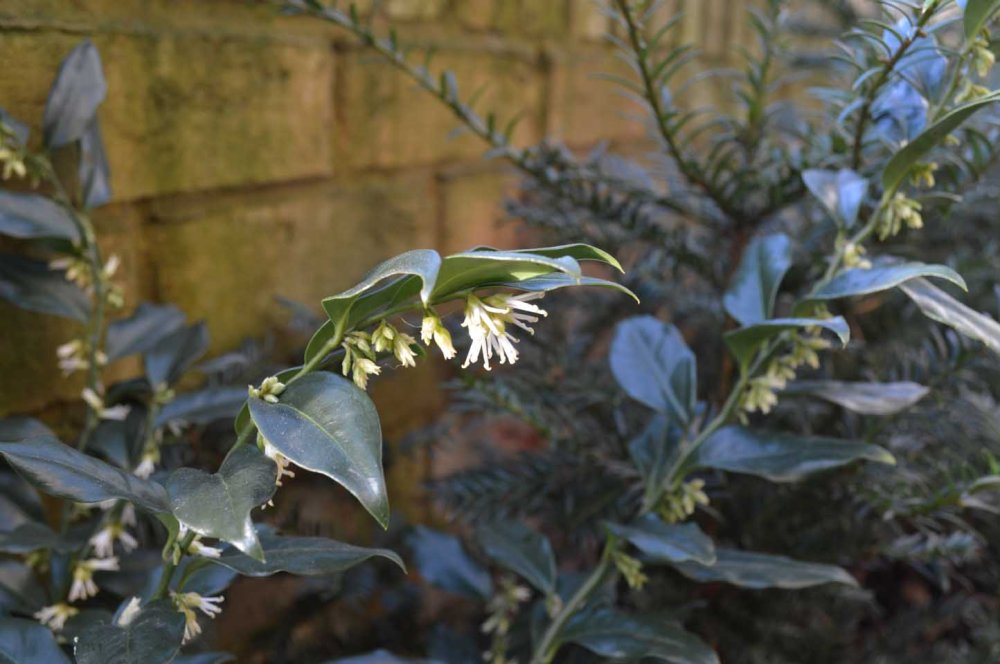 Most of the year Sarcococca is nothing to write home about. It’s evergreen, yes, so it won’t detract from the sophistication of the yew, but its small, glossy, dark green leaves aren’t that exciting. They’re a bit like smooth holly in texture, a little smaller in size. Its flowers are that exotic either – at least to look at –  little creamy-white fingers with a little yellow centre and a couple of spindly anthers. The whole bloom isn’t a centimetre in length.

All that is to be gladly forgiven, however, on a sunny January afternoon when the fragrance these little blossoms radiate up the street hits your nose as you walk down from the station. It doesn’t take much sun to warm them up enough to perfume the air several doors away. Insects are few and far between this time of year (actually I think they’re all hanging out on my brassicas, chiz, but that’s another story…) so these tiny scent-bombs chuck out their honey-rich aroma like buzzy things are going out of fashion, delighting their human fans too.