Last week I went to Avebury Manor, at Avebury in Wiltshire. It’s a fantastic house, constantly in very beautiful flux. A few years ago it was redesigned to show each room in as it would have been seen at various times in history – a fantastic idea. Visitors can touch anything in the house (with the exception of the wallpaper in one room, of all things) and it’s spectacular.

The gardens are immaculate – and they’ve been justly famous for their topiary gardens in particular.

Recently though, they have been struck by the dreaded box blight. I’ve been following Monty’s misery on Gardeners World – he tries to put on a brave face but you can just tell he’s heartbroken. I find myself looking at every discoloured leaf on my own box hedging – I’m becoming a horticultural hypochondriac… 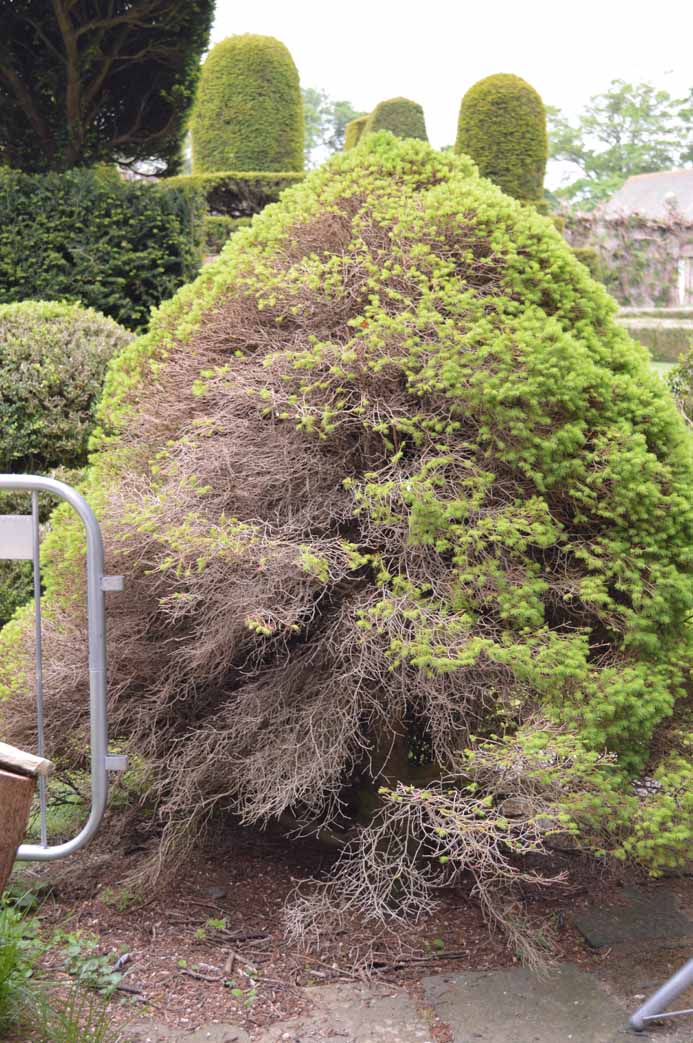 I needed to see what blight looks like in all its hideous vileness  – and find out what the National Trust are doing to try to save the garden. 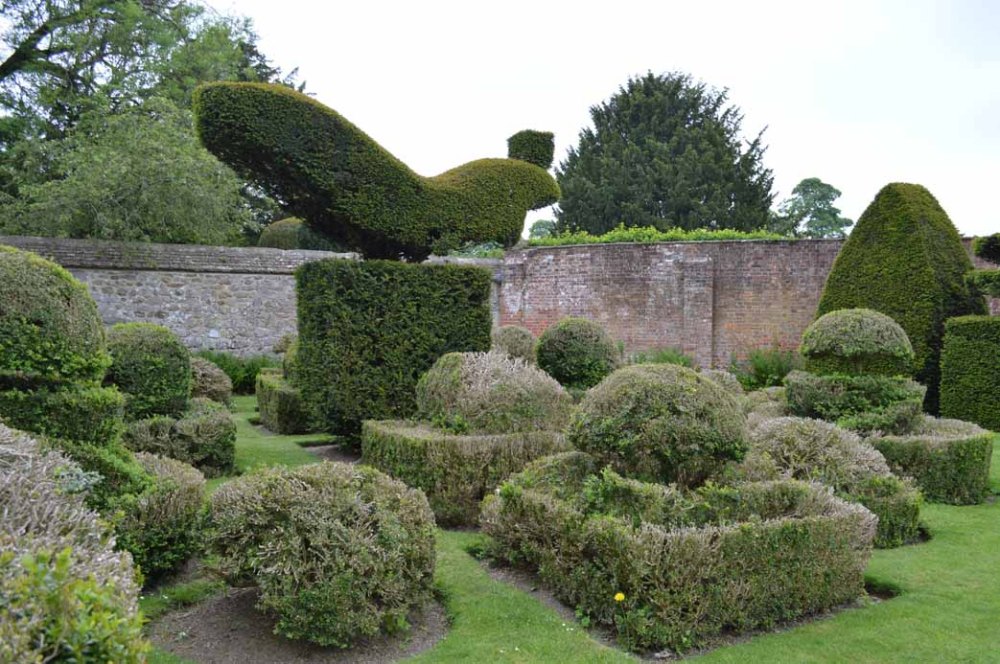 It is truly shocking. The outlines are all there but in some cases that’s all they are – outlines. Just the skeletons of the buxus sempervirens remain (the magnificent bird in the centre here is yew, which is unaffected by blight).

The area has been cordoned off, to prevent the spores (blight is a fungus) becoming attached to people’s clothes and spreading.

They do think they’ve caught it early enough, though, however extreme this looks.

Looking at this picture I can see some new growth. Perhaps there is hope after all. I confess I’m taking no chances and when I replaced the hedge in my front garden this year, I opted for yew, even though it will take longer to grow.

I’ll be keeping a close eye on Avebury and I wish them well. In the meanwhile it looks as though the best way to deal with box is the same way we deal with human diseases – prevention is better than cure. Good hygiene, never trimming on a damp day and burning any infected material immediately seems to be the best line of defence.