I understand William Hill are taking bets on whether or not this bloomin’ hedge of mine will survive. It certainly don’t look good – even worse than before, if that’s even possible. To recap, about a month ago, my gorgeous, 14 year-old hedge looked like this:

with its cute little baby sister next to it, growing strongly the other side of the path. I recounted the woes of how it became like this:

…in four days while my back was turned in the last post.

I was left with little choice. I gave it a crew-cut:

…then combed once luscious greenery to within an inch of its life. I got rid of the mange, the webs, the eggs, the -yick – excrement of those sodding caterpillars and disposed of it, yet again.

I’m having to hope against hope that there is still some green inside the brown: 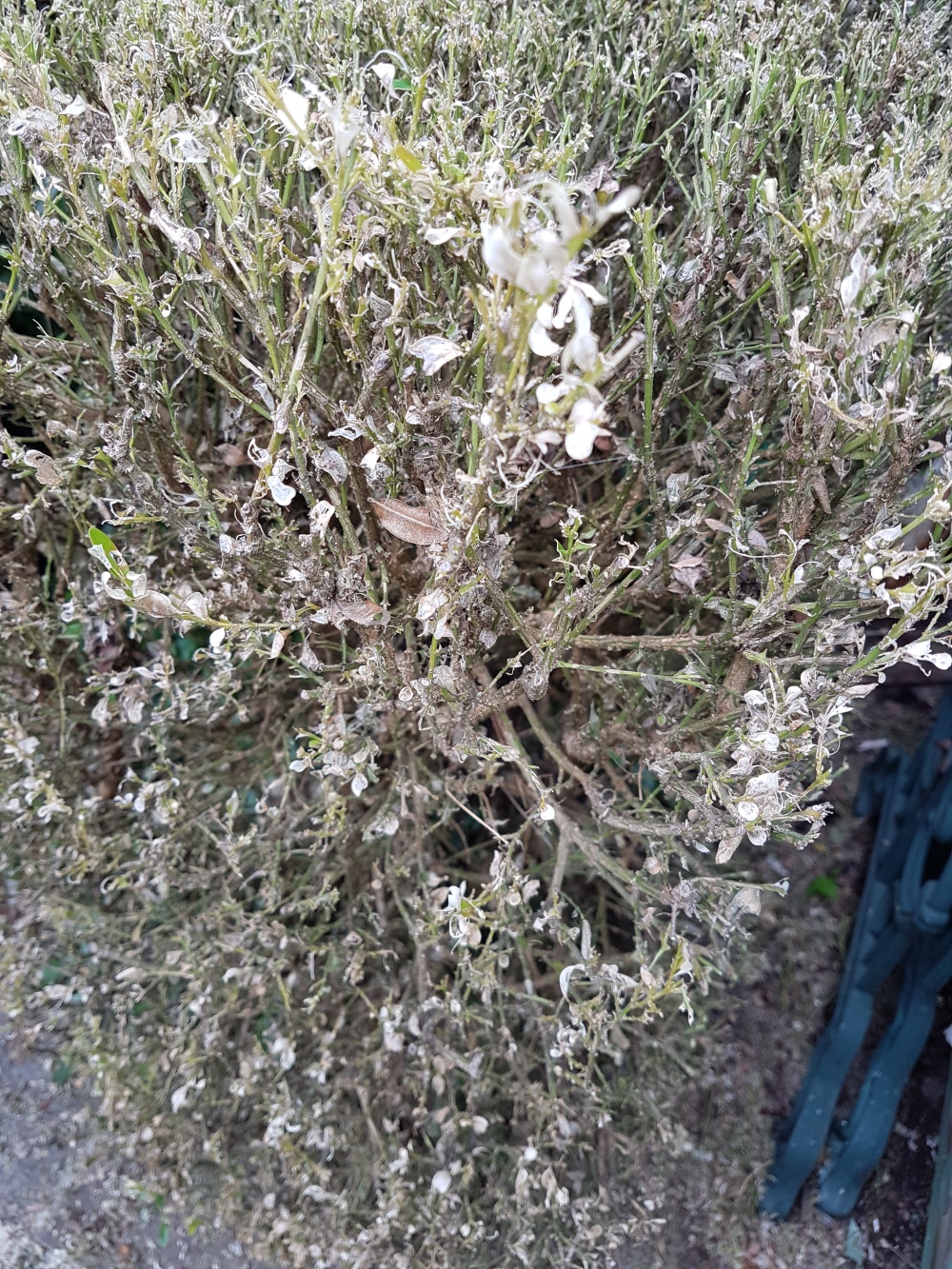 I gave it another thorough spray, making this the second time I’ve used chemicals in the past month after years of never spraying. Half an hour later, it was entirely washed away by torrential rain.